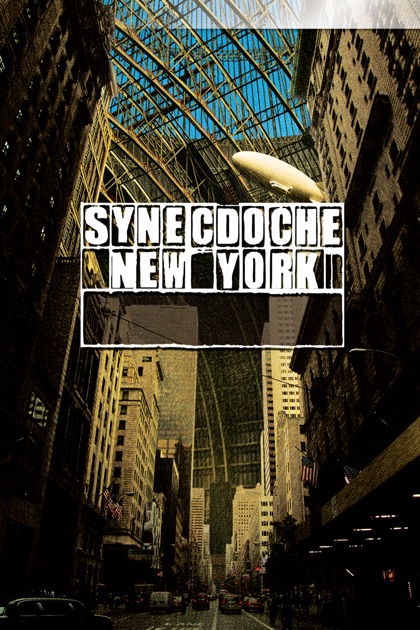 Think being a tech writer is difficult? Try being a screenwriter. Unlike technical writers, most screenwriters will never make a successful living. Most of them work other jobs to pay the bills. The vast majority of scripts never get produced. As with actors, dancers, musicians, and other arts professionals, most screenwriters are doomed to a life of obscurity. But there is one screenwriter who is not only widely successful, but is one of the most talented and original writers in modern times.

Charlie Kaufman is the writer and director of the film Synecdoche, New York, and was also the writer on two of my favourite films: Eternal Sunshine of the Spotless Mind and Being John Malkovich. These movies wonderfully use the medium of film to explore the very nature of reality and existence.

You Are My Sunshine

In Eternal Sunshine of the Spotless Mind, Joel Barrish, heartbroken over the breakup with his girlfriend, undergoes a procedure to erase all memories of her. (His girlfriend had previously erased all memories of him.) As Joel is sleeping, we see his memories become mangled and eventually destroyed. It is the closest thing you’ll see to the filming of a dream.

In the other film, Being John Malkovich, John Cusack plays a puppeteer who takes a menial office job in an unusual building – the work floor is wedged between two others. Behind one of the office walls, he discovers a tunnel that is a magical portal into the mind of actor John Malkovitch. A portal visit lasts about 15 minutes, after which the visitor is spewed out onto a filthy ditch near the New Jersey turnpike.

Synecdoche: The Whole and its Parts

In Synecdoche, New York, which I have not yet seen, Kaufman makes his directorial debut, in addition to being the writer. The plot involves a struggling theatre director who stages an extraordinary play by creating an intricate replica of New York City inside a gigantic warehouse. He hires actors to play himself and the other people in his life. These actors interact with their real-life counterparts, blurring the line between the director’s real and “staged” lives.

Kaufman’s films are fascinating because they artistically document the questions all users (in this case, all people) have, including:

First, we create guides that describe how to use something. We model our guides directly on the thing (the reality) that we are documenting.

Second, by modeling our documents this way, we are creating a model of a tutor or teacher. This can be vividly seen in interactive online training, which responds to and progresses based on the choices the student makes in the course.

Reality – What a Concept

The simplest example of this is a hyperlink. Before there were hyperlinks, when you needed to refer the reader to another source, you gave the name of the source and page number, for example: see page one of The New York Times. Then the hapless reader actually had to go out and find the damn document. Now you can simply say: click here. See the difference? The text of the step is the same as the step itself.

We can go even further and ask: what exactly is the difference between the reality of the Control Panel, indeed, of all software, and the reality of the online documentation that describes it? They all exist only within the computer. Is one more “real” than the other? If you were to show both to someone who had never seen or heard of computers, they would be unable to tell the difference. Ultimately, they are all electromagnetic charges on a spinning metallic platter.

In essence, we are objectifying the Control Panel, our Windows files and folders, the various icons, and other elements of the operating system. How is this any different than objectifying people?

If Charlie Kaufman were ever to write a movie about a technical writer, the plot would be as follows:

Jacob is a struggling technical writer. He has trouble finding and keeping jobs, because he just does not fit in. He also struggles to relate to other people, finding that they are not as easy to follow as the documentation he writes.

In an attempt to gain control of his life, he begins to document every aspect of it. At first, he writes only on the computer, but these documents are too “soft” for him – he needs something real. He begins printing out everything he writes.

Soon, his entire apartment is awash in papers. The walls, furniture, floors, even his dog are drowning in an ever-growing sea of documents. In a dream sequence, Jacob imagines the entire world covered with explanatory notes.

In a vain effort to regain control of his mind, Jacob begins scouring the Internet for answers. In his search, he stumbles upon a blog written by a technical writer living in the former city of North York. To his amazement, he finds an article written about him, when he

Hey – Andrew. Just what the hell are you doing?

Excuse me? Who are you?

I’m Jacob, you idiot. Where do you get off writing about me like that?

Well, it’s my blog. I can write what I want.

No, you can’t. You make me sound useless and pathetic. Knock it off or I’ll come down there and kick your ass!

Well, that would be a neat trick. You know – you only exist because of me.

Actually, Andrew, the opposite is true. I mean, can you prove that you are not a figment of my imagination?

I can’t just keep typing forever. I have a life, you know!

I have a life too! Please, I’m begging you! Keep typing!

You wouldn’t dare. You need me! Without me you’re nothing! Your stupid blog is nothing! You’re going to keep typing until