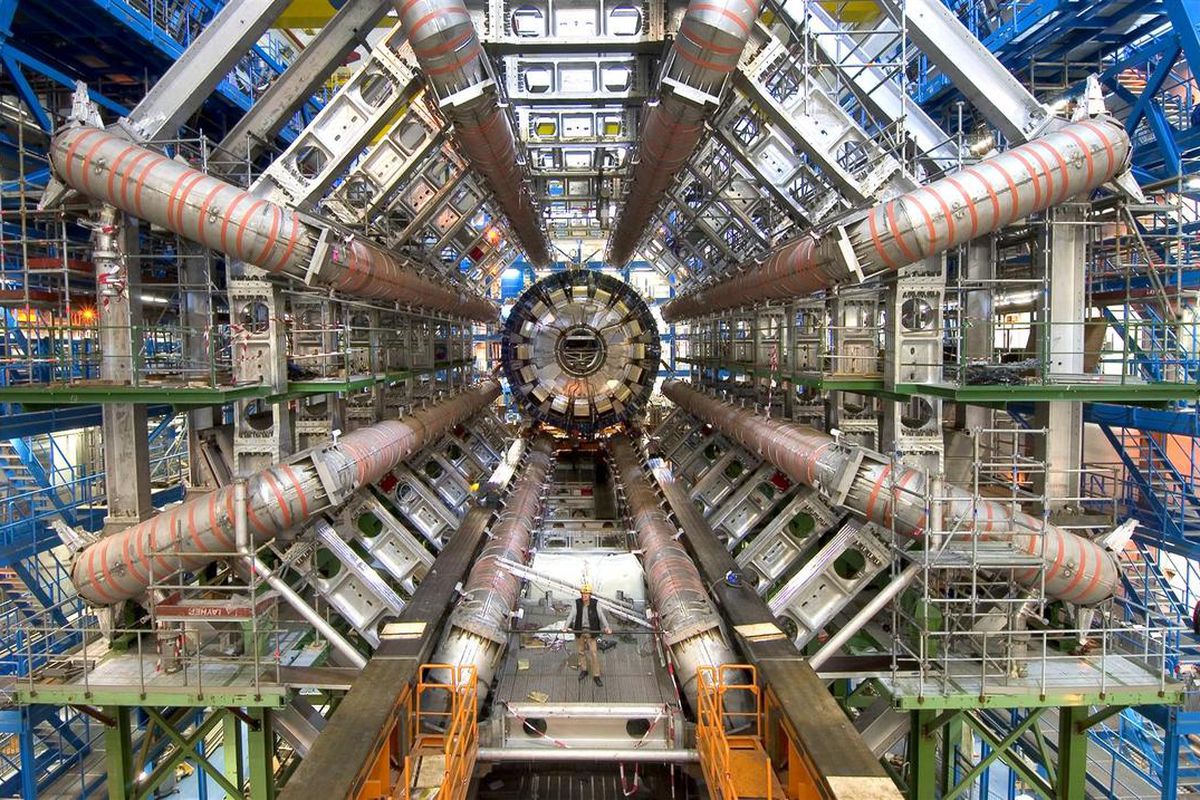 Scientists are edging ever closer to discovering the deepest mysteries of the universe. The world’s largest particle accelerator, a monster of a machine with a circumference of 27 km, is now online. Named the Large Hadron Collider, this machine is so big it occupies two countries: Switzerland and France.

This accelerator smashes sub-atomic particles into each another at speeds approaching that of light, creating collisions of almost 14 trillion electron volts. (Almost enough to power Windows 7.) In doing so, scientists hope to recreate the conditions that existed immediately after the Big Bang, when the universe exploded into existence.

There was some concern that the accelerator might actually create a black hole, and swallow up our galaxy. If that happens, I may have to suspend this blog for a while. Black holes notwithstanding, the Large Hadron Collider could prove the existence of the Higgs boson, also know as the “God particle.” If this particle can be recreated, it would have enormous cosmological implications, because it would prove the Standard Model theory of the universe, a theory that explains how all matter and energy are connected.

So, we have never been as close to the Big Bang as we are now. However, space is not the only thing that’s been exploding: so has information. There’s probably more information produced today in one second than was produced in a hundred years just a few centuries ago. Think of all the places information exists:

Billions and billions of pages, and it keeps growing like a monster. Soon even the universe won’t be big enough to hold it all.

Information has exploded as rapidly as the universe. But if the universe began as tiny particle, did all the world’s information begin as one? And, if so, how could we represent that?

We could start with the word itself: information. But this word can be further compressed and expressed simply as the letter i, the international symbol for information. [i] signs are visible at airports and other public places. People intuitively know that [i] = information.

In addition, i has two parts: a short upward line with a small dot on top of it. The line is an arrow, directing you to a dot. The dot is the point, literally. If your document does not make the necessary points, it has no point, and it is not useful information, but dark matter.

All information, therefore, began from the lowly i.

The i tells all.

The i is infinite.

The i is the i-ching of our profession.

1 thought on “The Big Bang of Information”