If you’ve ever needed a toilet fixed, a fence built, your car serviced, or any type of home repair or construction done, you’ve used a tradesperson to do it. But there’s a big problem looming: a tremendous shortage of people working in the skilled trades, namely:

(It’s interesting that these professions are called the skilled trades – is there any profession that isn’t skilled?) In any case, there is a shortage in these fields for two simple reasons:

The reasons that fewer people are going into the trades vary, but it’s generally due to the misconception that these jobs are not as prestigious as the so-called “professional” fields such as the arts, science, medicine, engineering, teaching, business and law.

This labour shortage alone is cause for concern. But when combined with the fact that many graduates are facing a mountain of student debt, the situation becomes near-catastrophic.

Forbes reported in 2017 that the current U.S. student debt is a staggering $1.3 trillion, or just over $36,000 per student. Adding insult to injury, many of these graduates are unable to find work in their chosen field, and therefore unable to pay this debt, which can never be written off, even if the student declares bankruptcy.

The solution to this “trilogy of terror” (lack of skilled tradespeople, high student debt and low graduate employment rates) is obvious: steer students away from programs with a low chance for career success and toward careers such as the skilled trades that have a higher success rate. The “$1.3 trillion” question is,  of course, how?

What’s desperately needed is a standard rating system of career success for all university and college programs. This must be a single number that is easy to understand and which allows a clear and fair comparison.

This number would be comprised of just three factors. The first is the percentage of students who obtain a position in their chosen field within one year after graduating. This is the Placement rate, or P.

The second number reflects the average current salary of a graduate in their chosen profession. In this case, we would add an additional year after the first year (for a total of two years) to allow sufficient time for the graduate to find and retain a job in their field. This is the Salary factor, or S.

However, salary by itself is not a meaningful number; it needs to be pro-rated to a basic amount. This amount would be the average salary of all workers within a state or province. So the formula for S is:

This will generate a percentage which will form part of the final number.

These two numbers alone would be very useful in revealing the relative success rate of each educational program. But a third and final number is also required. It applies to all students before they have even begun their studies: the percentage of students who successfully complete the program.

This number is important because even if a program has a high placement rate and high salary, if only a small fraction of the students can complete the program, its overall success rate is less.

This third and final number is the Completion rate or C. We’ll put this number at the beginning of the formula to keep the numbers in a somewhat chronological order.

Summing up, we have:

Multiply these three numbers together, we obtain an overall percentage success rate. This is the Program Success Index or PSI.

To illustrate the power of this number, let’s look at two extreme examples. (Note these are sample numbers only and assume an average state or provincial salary of $50,000.)

The first is a Bachelor of Arts (BA) program, which typically has both a low placement rate and low starting salary:

By contrast, a skilled trade such as plumbing has a higher placement rate and starting salary, but may have a lower completion rate:

Summing up, we have:

That is, the PSI for plumbing is twenty times greater than that of a B.A.

Imagine the impact that these numbers could have a student’s choice of career. Yes, the arts and humanities are important. Yes, we should all know our history and learn how to think critically. But that is not the point.

We are facing a crisis of employment and economics that is threatening to shake our society to the core, potentially impoverishing millions with debt and an education that has little or no value. These facts are more important than whether someone has a good grasp of English literature. Without a strong economy, gainful employment and a basic level of income, few will have the money to buy literature or the means to appreciate it.

The sad fact is that as useful and life-changing as a quotient like this would be, most universities would never implement it, because it would cause enrollment to drop and hurt their profits. Technical colleges might use it because it would be an obvious selling point for their programs.

However, soon universities may not have a choice. The $1.3 trillion student debt bubble, just like the U.S. housing bubble, will eventually collapse from its own weight. There will simply not be enough people who can afford the hundreds of thousands of dollars for a university degree program that offers no reasonable return on investment.

You don’t need a degree in economics to figure that out. 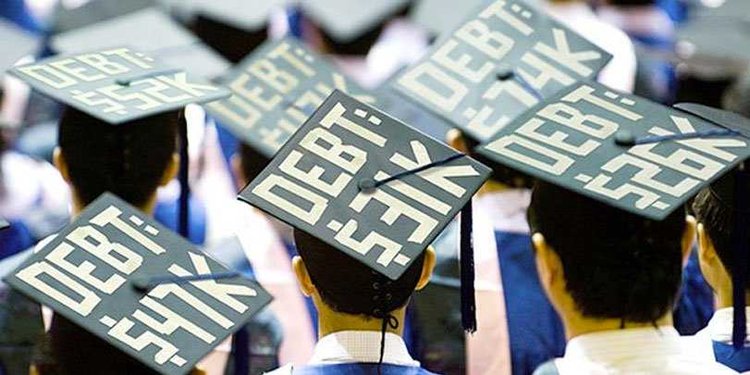