Is a ship which has had all its parts replaced over many years still the same ship? This question is explored in Theseus’s paradox which asks whether something remains the same even if all of its components have changed. Other examples include an axe that’s had several handles and blades and a broom that’s had several heads and handles.

Moving from things to people:

With human beings, the question becomes even murkier. Most of the cells in the human body are replaced every 7 to 15 years. Is someone the same person they were 15 years ago? The answer may be found in our technology.

Like human memory, computer memory is also ethereal. It is stored as a complex set of magnetic charges, which in turn represent the binary code that drives the system. The entire system is dynamic. Magnetic charges are continually moved around so that each time you use the device, the layout and order of the memory changes. However, from the user’s perspective, it is still the same device, and nothing has changed. That is, the whole is greater than the sum of its parts, because the whole is constant regards of where and what those parts are. Therefore, even though from a material perspective the device has changed, from a perceptual perspective it has not. Perception overrides materialism.

The same is true in people. We don’t define ourselves solely as physical beings but also as spiritual ones, with a soul we are born with that never changes. Even though physically we’re not same as we were years ago, spiritually and emotionally, we know we are the same. It is this knowledge that keeps us sane. People who perceive their soul (or personality) as changing are often diagnosed with Multiple Personality Disorder. It is as though the hard drive in their brain is being regularly replaced with another.

It is no coincidence that the essence of our existence is also in our technology. Those of faith believe God created mankind in his own image. Mankind, in turn, inspired by this, has created machines in his. Perhaps this is why the the entire contents of a hard drive, DVD, or CD is called a disk image. 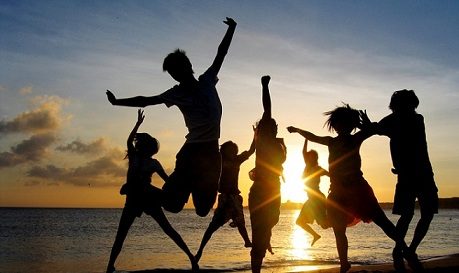